What’s got everyone hopping on to a Beer Brewery Tour?

If you walk into any good bar or bottle shop you will find there is a particular beer style that is easing out competition. We find this not only across our parched and sun-burnt country, but around the world. Who is this quiet achiever? The IPA, or India Pale Ale.

The IPA is high-jacking the taste buds and hearts of the emerging craft beer audience and is hastily becoming a staple of many craft brewers’ core range.

So what has made IPA so popular and the industry go hopping mad? 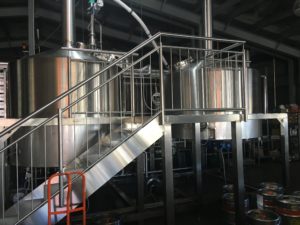 We love re-discovering heritage products, typically the older the better. It makes us feel like new-age pioneers, adventurers and even trend-setters.

Maybe because of the IPA’s ‘Once upon a Time’ beginning that started unexpectedly in early 1800’s England, it is now so popular.

British beers brewed for the thirsty English working in new colonies in India were struggling to survive the 6 month trip in a leaky boat from England.

Trial and error showed that hops provided antibacterial properties and preserved the beer for the long journey. These heavily-hopped pale ales became a hit back in England and the improved shelf life IPA was here to stay. But that is only the beginning.

Clearly the flavour imparted by the extra hops played a part, however that was not the full reason. The IPA brew then was much different to most of the IPA’s we get to experience now, yet it’s popularity and style grew and developed.

Historically IPA’s were simply modest-strength hopped pale ales. It was the Americans who adopted the style and transformed the beer into a whole new beast. The American IPA effort was to take this hopped pale ale and focus on delivering the ultimate knock out flavour punch,  adding more fistfuls of hops.

By the 1990’s breweries on the US West Coast had adopted this style and turned it into something of their own, showcasing local hop varieties like never before. Their IPA’s typically bright and lively, showcasing beautiful pine, resin and citrus fruit aromas from American hops.

Since then the IPA style has exploded in popularity with countries and their regions from all over the world creating their own interpretation of the style, typically using local hops and malts.

The best of both worlds

We have embraced this evolution of the IPA and are now doing what Australian’s do so well, interpreting and personalising the craft and exploring new possibilities.

It is today’s beer enthusiast that benefits from all this tradition, evolution and interpretation.  Now when you walk into a bottle shop, hundreds of examples of IPA can be found.  Herbal and balanced English IPA’s, big and citrus American IPA’s, tropical fruity Australian IPA’s, floral and malty New Zealand IPA’s and those high-alcohol Belgian IPA’s. 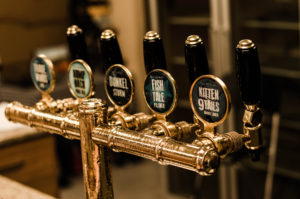 The IPA today is a wonderful example of what a variety of hops can contribute to the taste and personality of a beer.

Some believe IPA’s are becoming the subject of an internal ‘arms race’ within the brewing industry.  Breweries are striving to produce increasingly higher hopped, bigger and hence more flavourful ales than their counterparts. The American IPA has even seen the birth of the Double IPA or IIPA, a massive IPA with at least 7% alcohol and incredible bitterness levels.

So why join a Beer Brewery Tour?

Almost every craft brewery now features an IPA in their range, which is a testament to how much the style is loved by both brewers and beer drinkers.

The future looks bright for the IPA as more and more breweries try to push the limits of how hop loaded and bitter their beers can be. As more and more hop varieties are discovered and bred the brews will continue to evolve. South Australia has embraced this style too and provides a showcase of samples to try.

A great way to experience an IPA crafted by artisan brewers is to join one of our tailored Shiraz & Co Beer & Cider Tours. Our tours visit a diverse range of micro and boutique breweries specialising in small batch production, each with their own signature style.

To book a Beer Brewery Tour call 0411752062, email [email protected] or visit the website at www.shirazandco.com.au.

5 Reasons we LOVE Wineries in Winter

5 Tour Tips to boost your Tour experience
Scroll to top