Our McLaren Vale wine tour transports you and friends through this Mediterranean inspired region. Here the move to sustainable farming and winemaking techniques is gaining momentum, with an increasing number of sensitive and engaged producers.

Water scarcity, global warming, staying true to and in tune with Mother Nature is what this tour of the McLaren Vale region is all about. A true reflection of “terroir”. Pick up from 8.30am and drop off from 5.00pm at designated CBD and Glenelg locations in our luxury VW tour vehicle seating 2-6 persons

(by appointment & subject to availability)

Here is some more detail on local wineries and destinations we may visit on our McLaren Vale wine tour:

Top Note wineries is located just out of the McLaren Vale valley near Kuitpo Forest. Nestled in a cooler micro climate, this suits Pinot Noir, Chardonnay and the rare Red Semillon wine varieties. While most of Top Note’s grapes are contracted to wineries, some wine is also produced under the home brand. Enjoy the cool climate grapes at the Top Note Cellar door on your Mclaren Vale Wine Tour with Armin from Shiraz and Co. 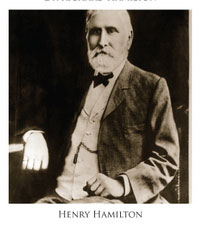 Leconfield Wines is owned by Richard Hamilton, the great-great-grandson of legendary South Australian vigneron Henry Hamilton. Leconfield Wines was originally established by Richard’s Uncle, Sydney Hamilton in 1974. The winery is situated on the famous ‘terra rossa’ strip in Coonawarra. This wine region is synonymous with high-quality Cabernet Sauvignon.

Fortunately, the Leconfield Cellar Door is much closer to Adelaide, at McLaren Vale. Here, Armin can introduce you to some of SA’s finest wines from Leconfield, Richard Hamilton Wines and the Syn range of sparkling wines as well.

The Cellar Door is surrounded by beautiful grounds with a lake, water birds, and ancient eucalypt and olive trees. A beautiful place to pause and reflect while on your McLaren Vale Wine Tour with Shiraz and Co. 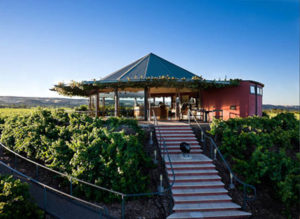 Hugh suggests he is the black sheep of the Hamilton wine dynasty. Maybe he is, but even so, his wines are magnificent. Hugh unapologetically creates wines the way he feels they should be made.

Join Armin on your Mclaren Vale Wine Tour at the amazing Hugh Hamilton Wines Cellar Door on McMurtie Road McLaren Vale. Elevated above the McLaren Vale, it provides uninterrupted views across the vineyards to the nearby hills.

Hugh Hamilton Wines is an idyllic location to taste wines and drink in the McLaren Vale atmosphere.

Based at McLaren Flat, on the southern reaches of McLaren Vale, Kangarilla Road Winery is yet another family story. Discover Kevin & Helen O’Brien’s story on your Mclaren Vale Wine Tour.  Enjoy seasonal nibbles and a selection of fine wines at their new tasting room.

Samuel’s Gorge Wines is perched on the northern extent of McLaren Vale, adjacent the Onkaparinga National Park. This rugged landscape is reflected in wines from the four key varietals Grenache, Shiraz, Mourvedre and Tempranillo.

Located just off Chalk Hill Road in McLaren Vale Alpha Box and Dice Wines presents a quirky view of winemakers on their website. Formed in 2008, they set out to create different wine styles for every letter of the alphabet, each one with its own personality. Not to be missed on your Mclaren Vale Wine Tour. 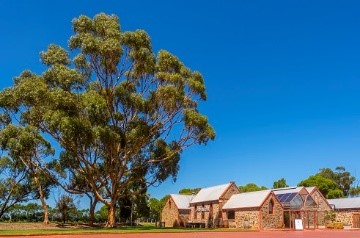 Named after the iconic Chapel, once in use (from 1865 to 1965), Chapel Hill Winery is located on Chapel Hill Road, high atop a ridge in Northern McLaren Vale. The Church was converted into a winery in the 1970’s which became the foundation of what it is today.

Stephen Pannell was named Gourmet Traveller’s Wine magazines Australian Winemaker of the Year in 2015. With his rich history and holistic philosophy of winemaking. Stephen is passionate about creating wines that relate to the food we grow, cook and eat. He has won several other awards including McLaren Vale’s top vigneron award, Bushing King, in 2011 and 2015 and been voted one of the top 10 winemakers in Australia by his peers.

The oldest winery still in founding family hands in McLaren Vale, Kay Brothers Amery Wines are specialist traditional red wine makers. It was established in 1890 and they still possess the original diaries kept by their forefathers, Herbert and Frederick Kay and those that followed.

With the addition of modern technology to their traditional values, they continue to protect their forefather’s values and continue to produce sustainable wines of exemplary quality.

Located on Seaview Ridge, McLaren Vale, with its ancient soils and Mediterranean climate, Mollydooker Winery is home to some of the most iconic Australian Wines. The owners and their wines have won several awards including the Bushing King and Queen three times. They have a true commitment to quality which has resulted in only bottling one or two wines from their label some years. If it doesn’t reach the quality they desire, they don’t bottle it.

“Started by our great great great grandfather” The property was settled in 1841 by William and Elizabeth Oliver and are still run by their fifth generation descendants. Even their winemaker is a sixth generation of the first winemaker used by the family. While tradition is important and even mentioned in their business values, so is their desire to continuously improve.

The name may have come from a fable but the owner’s passion for the environment and importance of the vineyard ecosystem came from the lesson learned from it. Established in 1980 with the idea of growing better wine naturally, Gemtree Wines has followed this through with sustainability and biodynamic farming practices. This resulted in them achieving organic certification of their vineyards in 2011. The result is healthier wine for the consumer to drink.

Family owned and run, Goodieson Brewery brews naturally and traditionally handcrafted beer. The cellar door is inside the brewery and you can see, smell and taste their award winning beers. You can sit outside and enjoy the views or go inside to the bar to begin your tasting. You will find this a refreshing change after your Mclaren Vale Wine Tour, or just a great place for a rest stop.

There are several types on offer her including a Chocolate Stout, a Pale Ale and a German Beer

One of the three Menz FruChocs Shops is located in the heart of the McLaren Vale wine region. You can see how they make a range of confectionery, the chocolate enrobing line in action or some of the original machines, some now over a century old!

In addition to their iconic products, FruChocs and Crown Mints, Menz also make Choc Honeycomb, Turkish Delight and several chocolate- covered products like the ever popular Choccy Snakes and RaspberryChocs.